Arpin & Sons, based in Broward County, Florida has been active in the construction industry for 4 generations, with Josh Arpin being the 4th generation. The Arpin companies date back as early as 1908, when John Baptiste Arpin, “JB” first came to Lauderdale and drilled for oil in the New River, in downtown. He dug and supplied road rock for the construction of Dixie Highway, then know as “the Dixie” when it was the old U.S. 1 Highway. The rock from the Lazy Lake rock pit is still located on the northeast corner of Andrews Avenue and N. 19th St., Wilton Manors.

JB also dredged many canals in the Las Olas area with Don Arpin Sr. (1912) and John (1910), Dons older brother, bringing gas drums to the dragline in a skiff. During the land boom in the 1920’s “JB” was asked by Governor Broward to engineer the draining of parts of the Everglades with his invention – the “walking” dredge – which he absolutely refused to do because he knew it was and is Florida’s water shed. 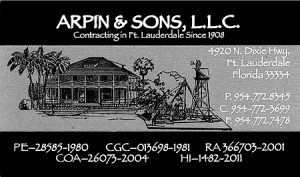 Don Arpin Sr. graduated from Lauderdale High in 1930. There areLauderdale archive photos of him and his sister on the swim team at the Casino Pool. He served in WW2 with the 303rd Bomb Group of the Army Air Core as a glider pilot and an Air Control Tower outside of London.  Of note at that time he invented the “fire ax” that would penetrate a plane’s wing and allow foam to be injected after a crash landing. In 1953 Don Arpin Sr. founded his Marine Contracting business, Arpin & Sons, with an underwater cement that he patented – @2918353 circa 1959. He also installed artificial reefs, like his dad, the most noted was at the Diplomat Hotel circa 1961. The company’s steady growth and expansion through these years began to build a reputation as one of the older companies in South Florida, mainly specializing in Marine Construction.

Of note Don’s brothers Ted and Fred remodeled the Stranahan Historic House located on the New River circa 1983. Another interesting note of providence is that Don Jr. got to do engineering on the Anglin Fishing Pier located in Lauderdale by the see in 2004, and remembers going with his dad to that pier in his Dad’s “beach buggy” on the beach!!! Arpin & Sons was contracted for repairs to the pier’s super structure in 1956.   The company business card has a picture of the Stranahan House, an oil derrick, and JB’s “walking dredge” which proudly displays our Broward County heritage.

In 1977, upon his father’s death, Don Arpin Jr. left his Petro Chemical Engineering position in Tampa, Florida to take over Arpin & Sons.

In 1979 Don Arpin Jr. completed his E.I.T., a 5 year Mandatory work experience and completed testing to practice as a Structural & Civil Engineer, at which time the full Service Engineering and Planning Division was formed

Since 1994 Arpin & Sons, as general contractors, has been doing bank progress inspections for Florida Bank, Mercantile Bank and SunTrust Bank, and inspection services with other banks in the area.

Through the last 60 years we have made several friends and satisfied many clients with our range of services and job performance. We are looking forward to bringing our company skills and expertise to you in the near future. 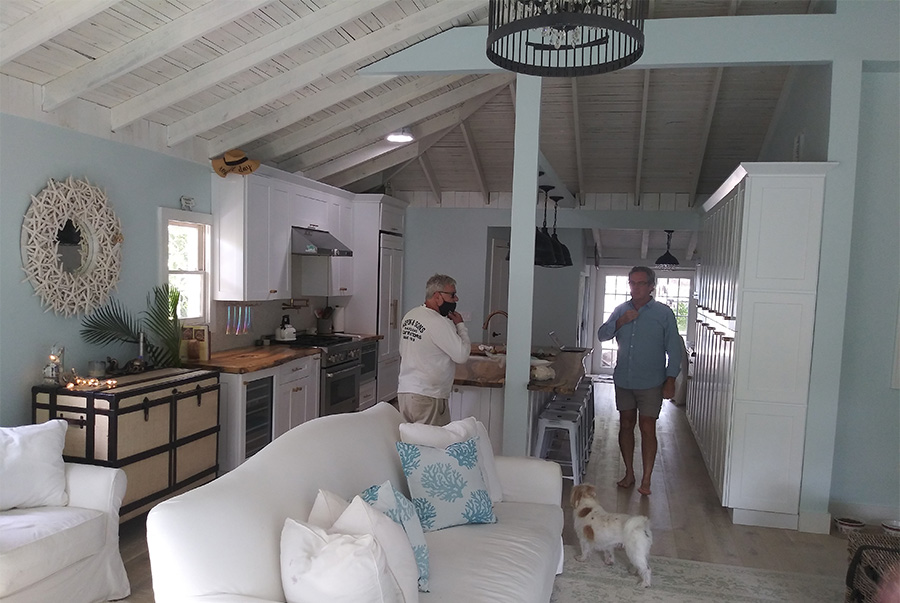 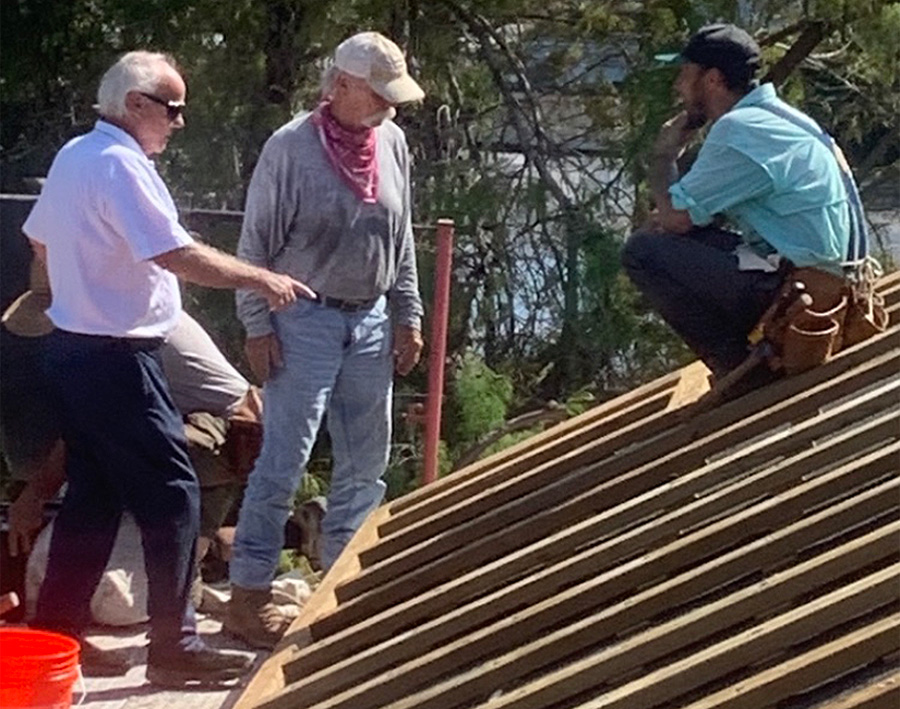